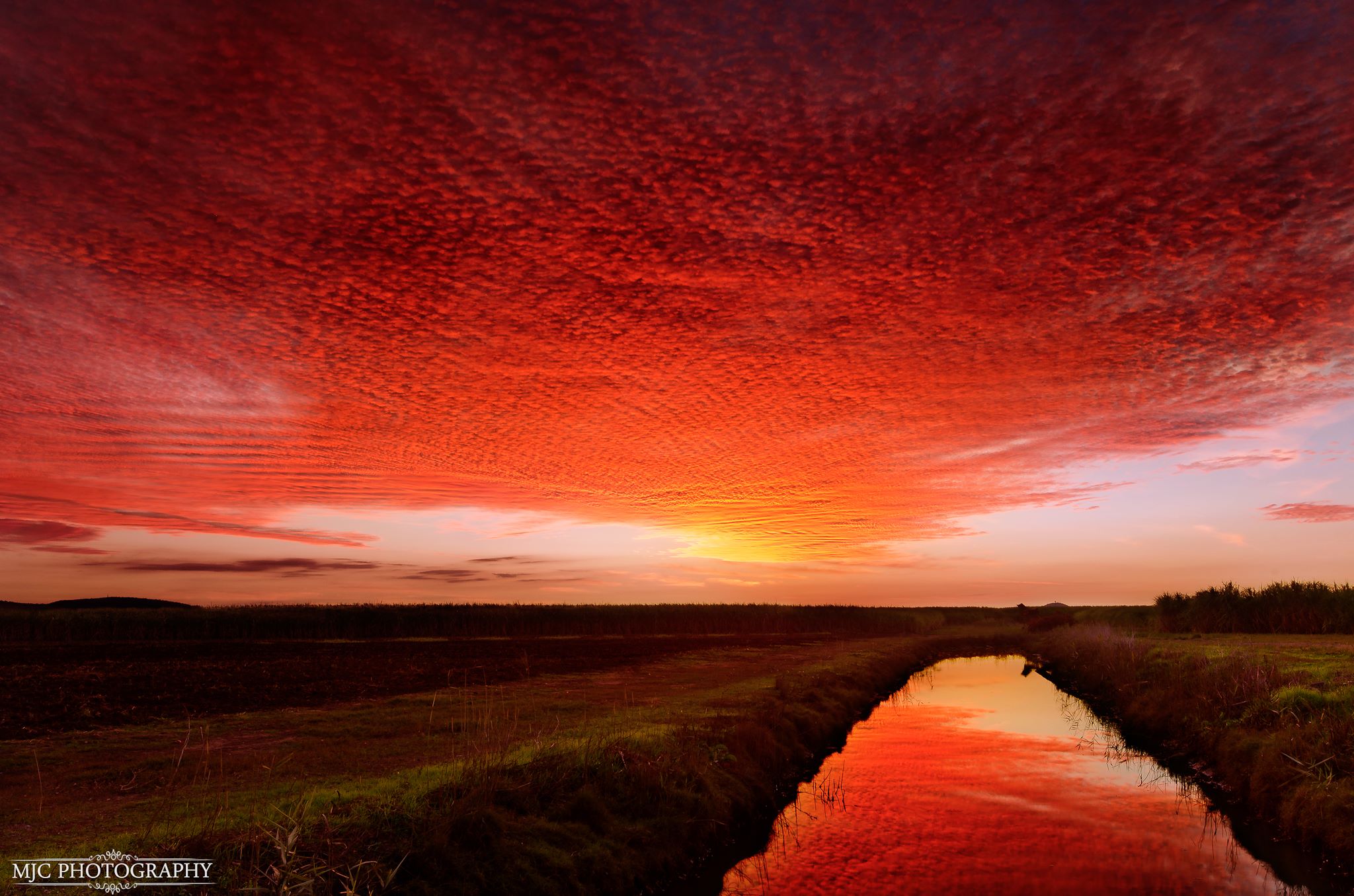 Posted at 12:37h in Weather Education by Thomas 0 Comments
1 Like

Cirrocumulus clouds are also one of the most photogenic clouds and sought after clouds when it comes to scenic photography as these high level clouds have the ability to fill the entire sky and be ignited by the sun as it rises and sets below the horizon. These clouds, similar to both cumulus and cirrus, doesn’t produce any precipitation due to their high nature and the mechanics of their formation. The Latin meaning of the words cirrus and cumulus means a heap of locks or tufts which is what they appear to be (like little cotton balls floating in the sky).

Cirrocumulus clouds, similar to cirrus clouds, sit no lower than 20,000ft in the atmosphere and as high as the troposphere can reach which is around the 40,000ft mark. They are made up of thousands of very small white clouds called cloudlets which are typically grouped together at very high altitudes. The cloudlets are made up of a combination of both ice and supercooled water, which is water that remains in a liquid form at or below 0ºc. They form when vertical currents meet cirrus layers which then create the puffy cumulus shapes. If the troposphere is dry, then plane contrails and vapour trials may also help develop the cloudlets.

The clouds are 99.9% of the time associated with fair weather as any minuscule amount of precipitation that does fall from these clouds, will never touch the ground and remain as virga. In saying that, the clouds seem to appear often ahead of impeding worsening weather such as thunderstorms the follow days.

There are a few different categorisations of cirrocumulus clouds, these are Stratiformis, Lenticularis, Floccus and Castellanus. While their mechanically formation is the same, their appearance can be ever so slightly different from one another.