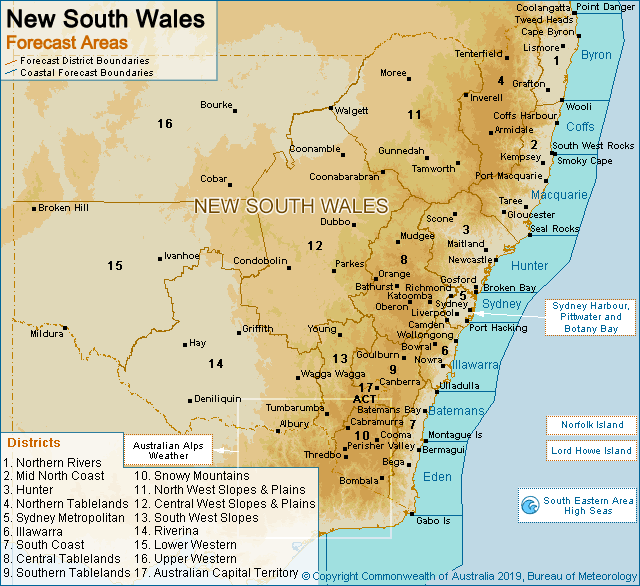 Posted at 10:38h in Weather Education by Thomas 0 Comments
0 Likes

When it comes to severe weather, regardless of the type of the scenario, one of the age old questions we receive on Higgins Storm Chasing, as well as any other weather page across the globe is ‘Will this affect me at x”. Generally ‘districts’ or much broader areas are labelled rather than specific towns. This is largely due to weather being unpredictable down to the nearest town and weather systems being quite large which means their potential is spread over hundreds of kilometres. Its also due to there sometimes being so many town, that the list would be far too long for it to be beneficial. Some setups or systems are easier to predict than others, but even in those situations, districts or parts of district (i.e Coastal parts of the Northern Rivers and South East QLD Coast) are labelled. 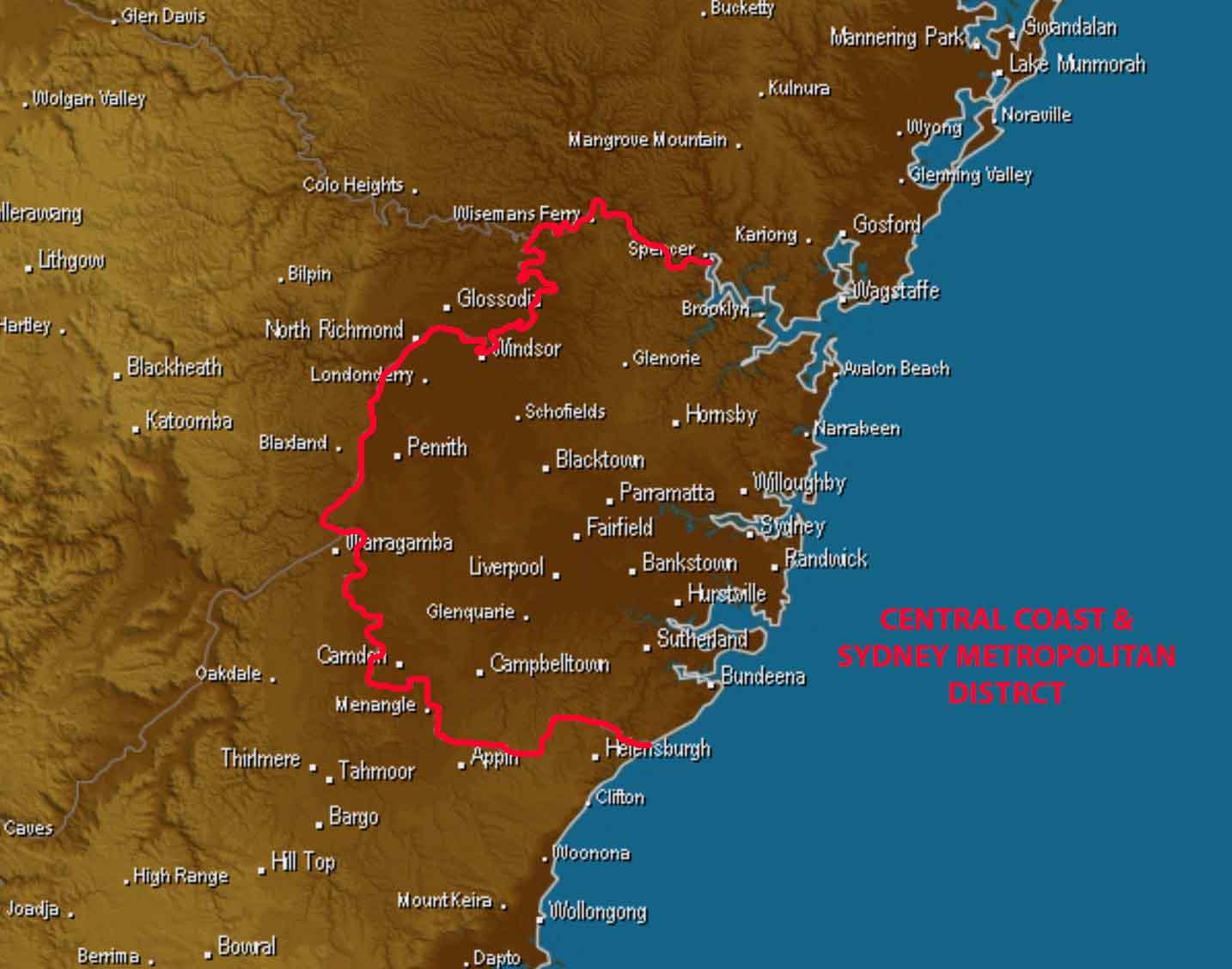 Outline of the Sydney Metropolitan district with many town names included. Base image via Weatherzone

NEW SOUTH WALES and the AUSTRALIAN CAPITAL TERRITORY includes 17 districts according to the Bureau of Meteorology. These districts along with SOME of their respective towns include (Obviously not all towns are named, but if you recognise a nearby town, then chances are you are included in that district):

Often, districts can be grouped into larger categories. For example, “Inland” is classed by areas West of the Great Dividing Range, while “Coastal” districts are those that are East of the Great Dividing Range. Northern Inland NSW consists of the NW Slopes & Plains, parts of the Upper Western & Central West Slopes & Plains. Central Inland consists of the Central Tablenads, Central West Slopes & Plains and immediate surrounding areas. South East NSW includes the South Coast, Southern Tablelands, ACT, Snowy Mountains. North East NSW includes the Northern Rivers, Mid North Coast & Northern Tablelands… and yes, Canberra / the ACT is INCLUDED in South East NSW, Eastern, Southern NSW forecasts. The weather doesn’t magically stop at the ACT border, so even if the “ACT” isn’t specifically mentioned, it is included as if it were a district of South Eastern NSW. 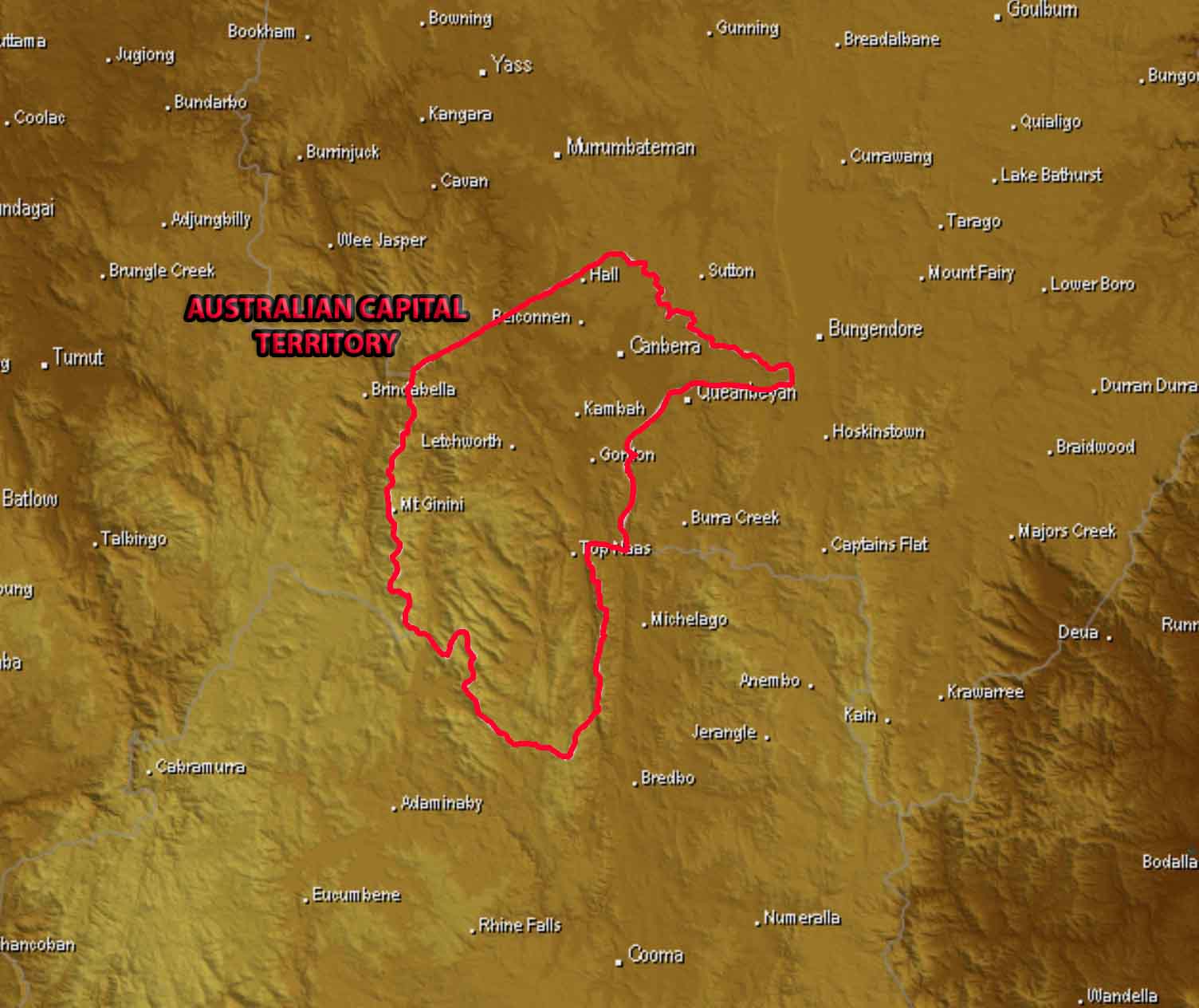 Outline of the Australian Capital Territory with many town names included. Base image via Weatherzone