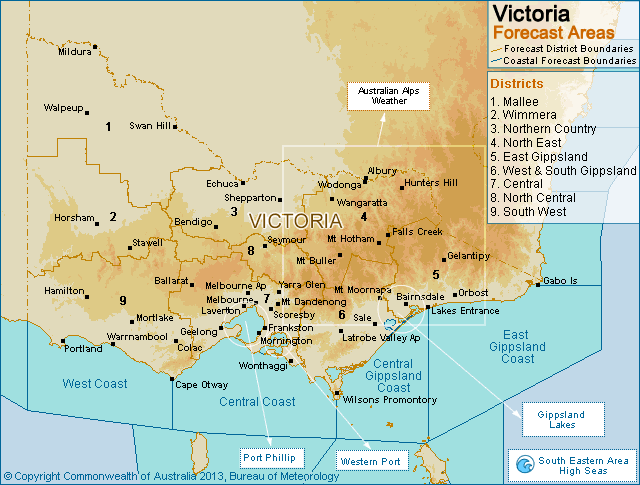 Posted at 16:23h in Weather Education by Thomas 0 Comments
0 Likes

When it comes to severe weather, regardless of the type of the scenario, one of the age old questions we receive on Higgins Storm Chasing, as well as any other weather page across the globe is ‘Will this affect me at x”. Generally ‘districts’ or much broader areas are labelled rather than specific towns. This is largely due to weather being unpredictable down to the nearest town and weather systems being quite large which means their potential is spread over hundreds of kilometres. Its also due to there sometimes being so many town, that the list would be far too long for it to be beneficial. Some setups or systems are easier to predict than others, but even in those situations, districts or parts of a district (i.e Coastal parts of VIC or areas West of the Ranges) are labelled. 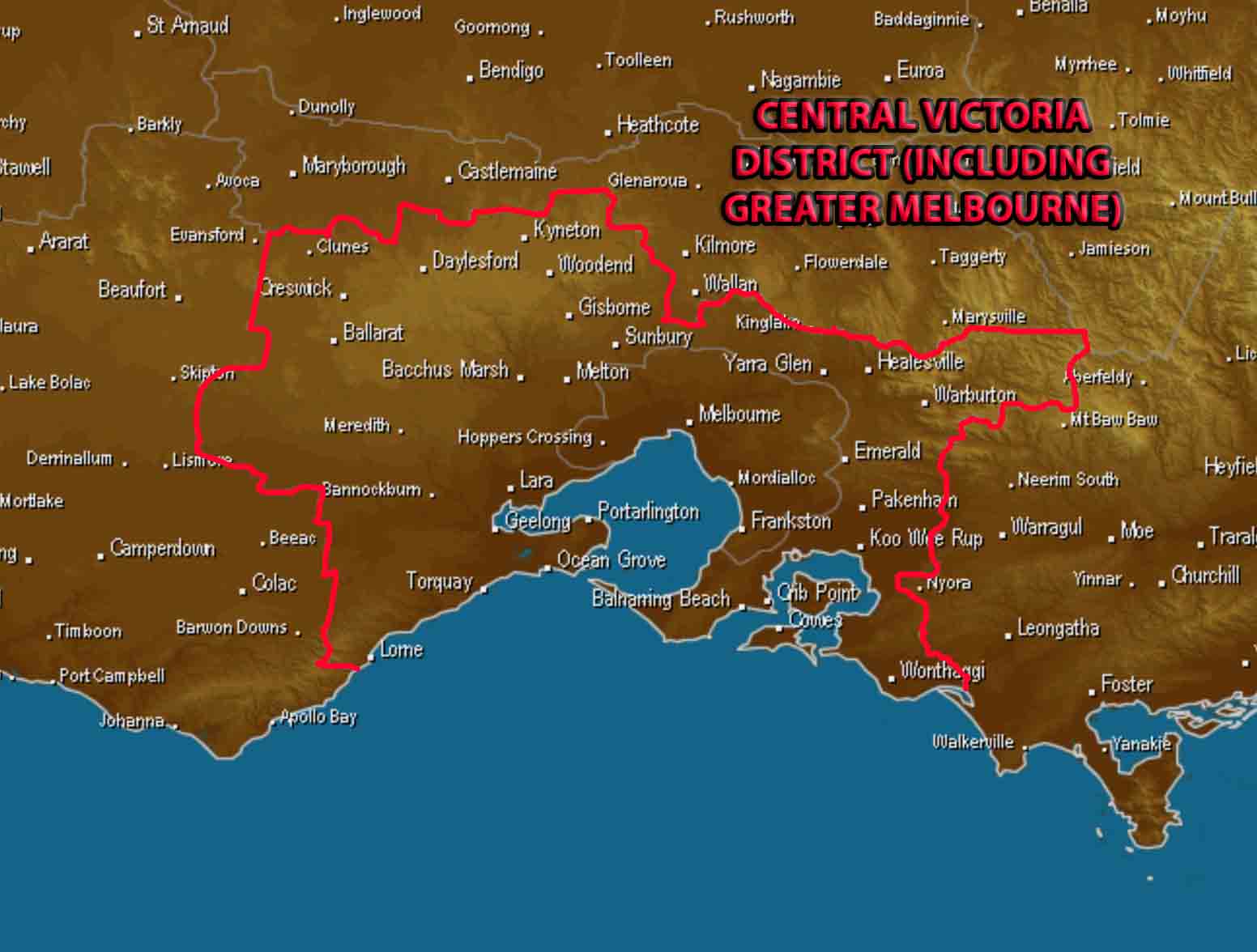 Central Victoria highlighted, including Greater Melbourne. Base image via Weatherzone 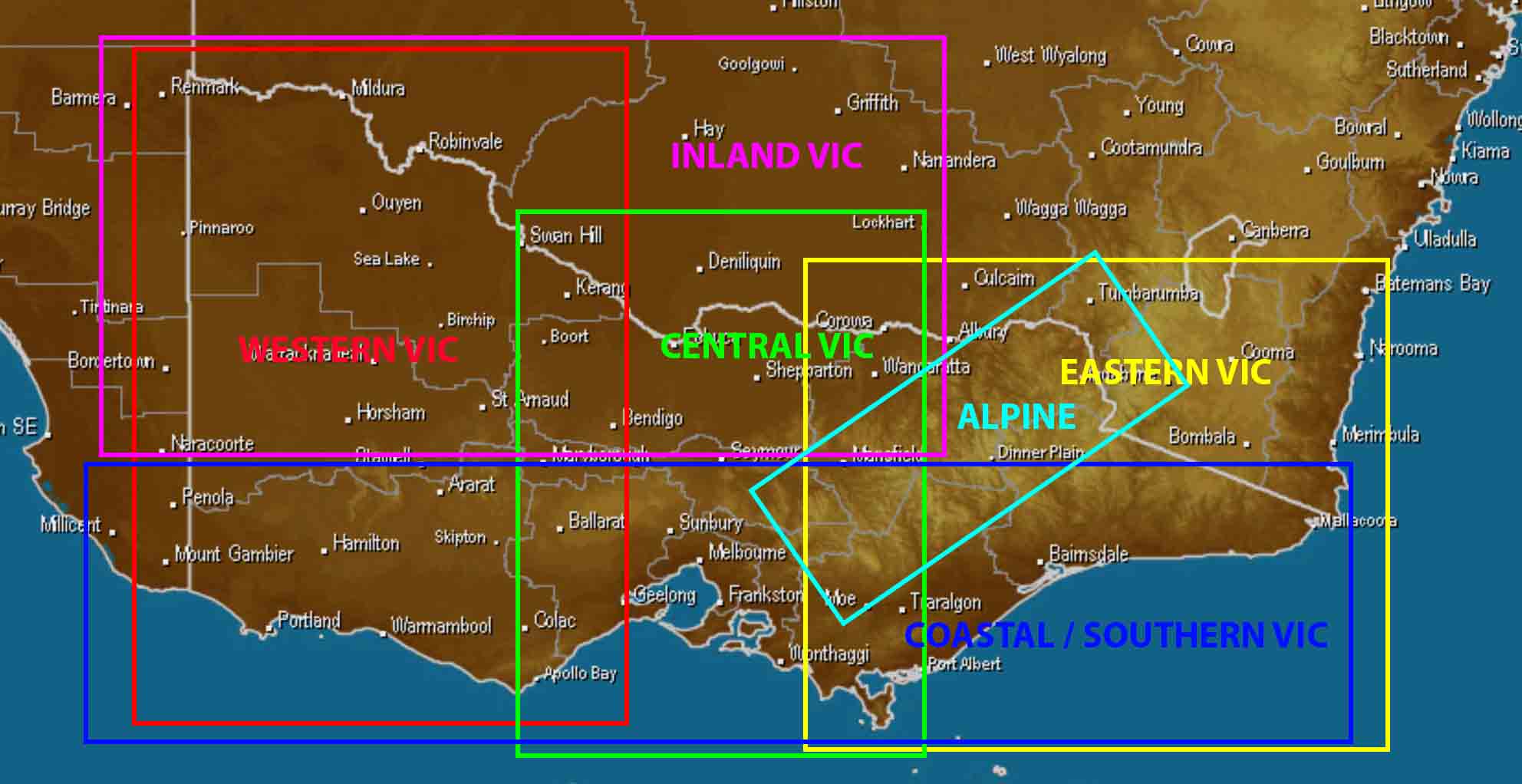