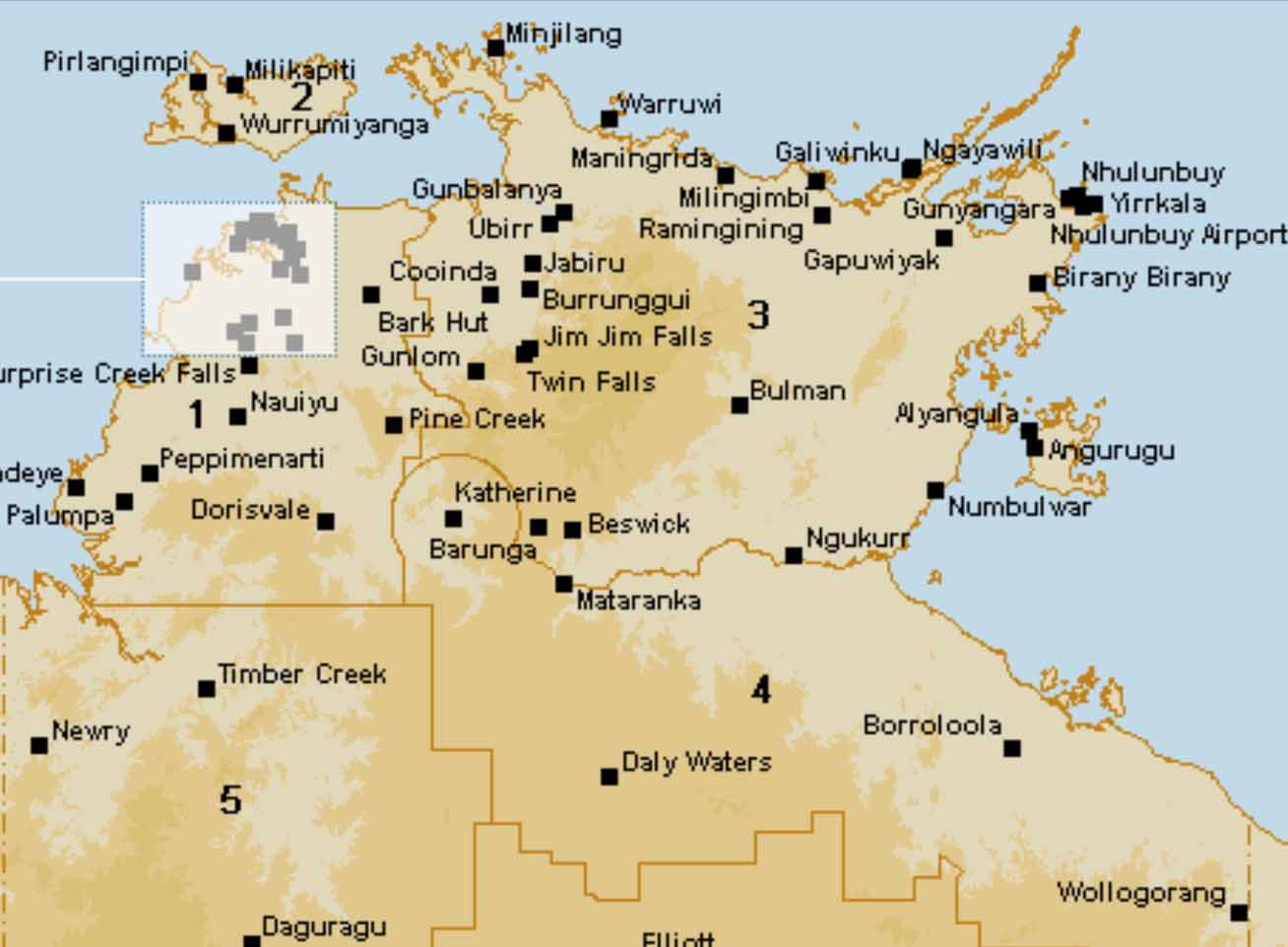 Posted at 23:51h in Weather Education by Thomas 0 Comments
0 Likes

When it comes to severe weather, regardless of the type of the scenario, one of the age old questions we receive on Higgins Storm Chasing, as well as any other weather page across the globe is ‘Will this affect me at x”. Generally ‘districts’ or much broader areas are labelled rather than specific towns. This is largely due to weather being unpredictable down to the nearest town and weather systems being quite large which means their potential is spread over hundreds of kilometres. Its also due to there sometimes being so many town, that the list would be far too long for it to be beneficial. Some setups or systems are easier to predict than others, but even in those situations, districts or parts of a district (i.e Southern NT, Northern NT, North West or North East NT) are labelled.

There are a lot of conflicting boundaries for the Northern Territory, the above list seems to fit the most common and more importantly it follows the Bureau of Meteorology in which we are talking specifically about forecast districts. There is an exceptional amount of space between some towns in districts – for example, there are really only 2 towns in the Tanami district which covers 30%+ of Western NT area. This is why the NT is one of the more favourable regions to group. The Northern NT consists of the Darwin-Daly, Tiwi and Arnhem districts as well as any further districts North of and including the town of Katherine in the Carpentaria district. The North East consists of anywhere that borders the Gulf of Carpentaria Coastline while Southern NT areas include anywhere South of Tennant Creek which favours mostly the Simpson, Lasseter and Tanami districts. 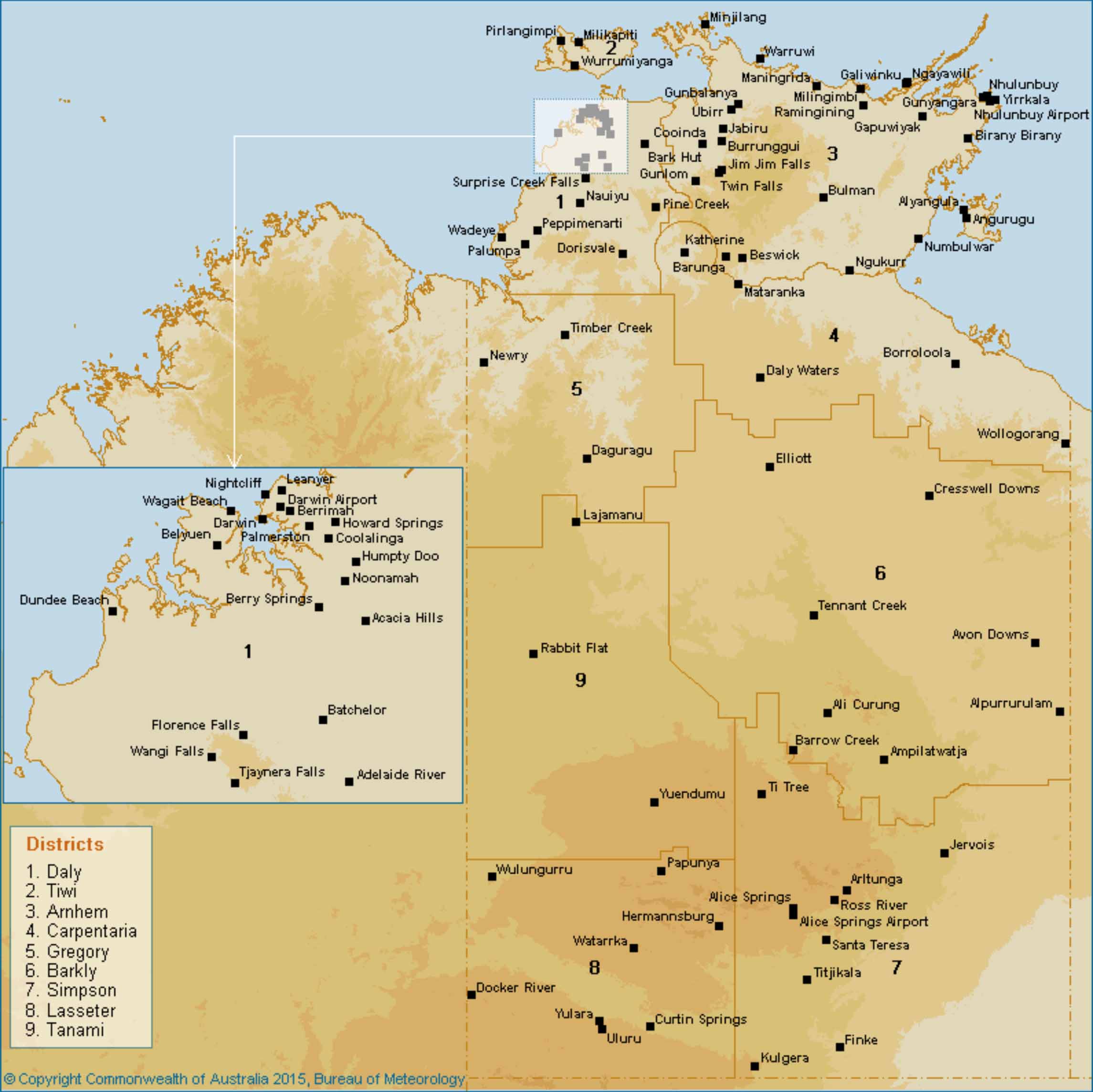 The Northern Territory Districts according to BOM in relation to district forecasting.