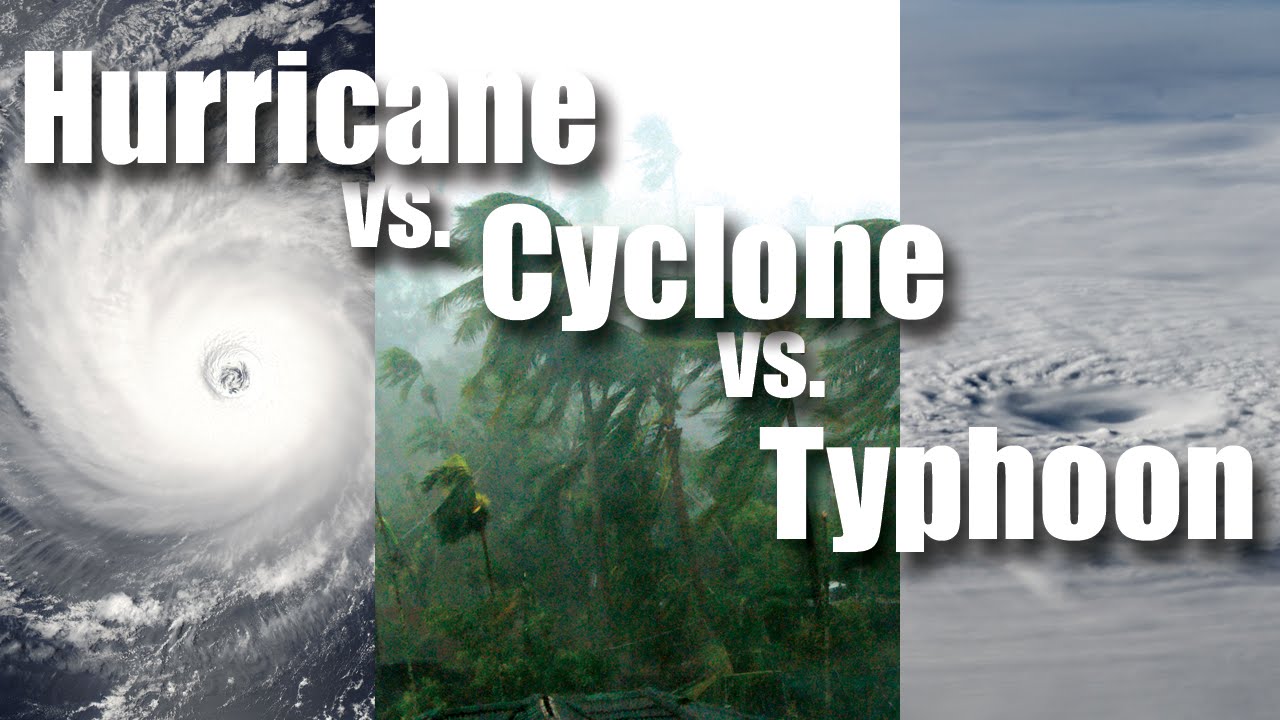 Posted at 16:37h in Weather Education by Thomas 0 Comments
1 Like

Its a common question, particularly through the peak times of each season as to what is the difference between Cyclones, Hurricanes and Typhoon’s. The simple answer is hole there are some subtle differences, they are basically all the same thing. Cyclones, Hurricanes and Typhoon’s are all very large, rotating areas of low pressure which have a central point (sometimes the eye) and produce extensive severe potential through the form of damaging, destructive or very destructive winds along with heavy to torrential rainfall which likely leads to flash flooding.

So where does each one form?

In all cases, if a Cyclone, Typhoon or Hurricane was to move out of tropical waters (waters over 26ºc) and becomes cold cored, then it becomes a sub-tropical system – these are more likely over areas such as New Zealand, the U.K, Canada. They still maintain the same strength, its just by definition their mechanics have now been altered. If anything, this transition usually increases the size and wind spread of the system.

So who names the systems?
When it comes to the Southern Hemisphere then there are quite a few areas.

For the Northern Hemisphere its more clear cut..

The Joint Typhoon Warning Centre also specialises in systems outside of the Atlantic. 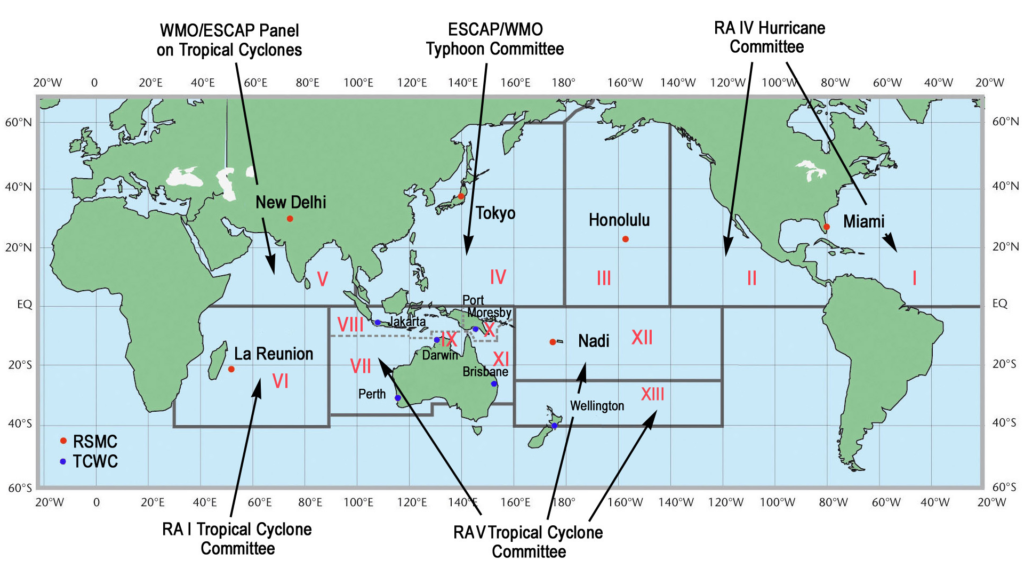 An illustration showing who monitors which area across the globe.

How do they get the names?
Each region has their own names that they use. A list can be found here () for the current and short-term future names. If a named system moves across areas of responsibility (which typically will only happen between Fiji and Australia) then it retains the name that it was born with. Some systems can be given multiple names, but this is purely after the fact. The way this happens is a system will develop, reach cyclone status and be given a name, it will then have to die, lose its circulation and then later on redevelop when the circulation tightens. It will then be given a new name, however later on through the historical perspective it will be named as Cyclone X-Y (hyphenated name). Some systems may also be named something, but referred to as something else – the best example of this is Typhoon Haiyan which was commonly referred to as Yolanda by the Filipinos.

The Australian and Fiji Meteorological agencies continue on through the alphabet each Season (click here for the Australian naming system), while all other agencies start each season again at “A” regardless of where the last season finished. While its a common conspiracy that tropical systems are only named after females, this is false.. names alternate male, female, male, female. The only time a name won’t be used (in regards to Australia) is if that name is of current debate at the time and is subject to ridicule, such as a politicians name. Similar sounding names are also avoided (ie. June & Jane) to avoid confusion – although this rarely will happen due to the alphabet naming policy.