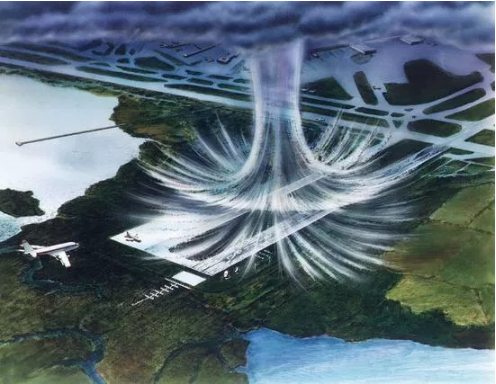 Posted at 23:43h in Weather Education by Thomas 0 Comments
0 Likes

Microbursts and macrobursts are potentially one of the least understood threats that regularly occur through the Australian Thunderstorm Season. By definition, they are both the same, there are just some very minute characteristics which differ between the two. Microbursts are essentially the more common of the two. So what are they, how do they occur and what are their threats? 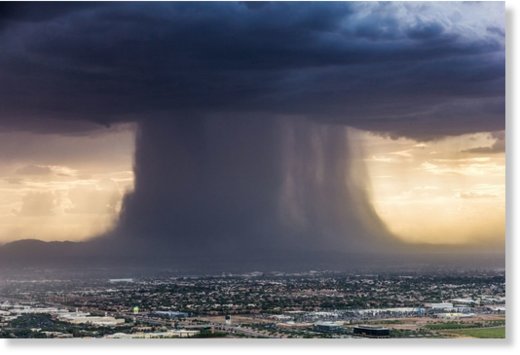 Microburst over Phoenix, Arizona in July 2016 via Jerry Ferguson

What are they?
Microbursts and macrobursts are very intense downdrafts that occur within severe thunderstorms and supercell thunderstorms. These downdrafts surge from the clouds, down to the surface where the winds then hit the surface and spread out in a 360º fashion. The ferocity of the wind likely exceeds the damaging threshold of 90km/h, and its a strong reason for many thunderstorms becoming severely warned despite their tame appearance. Essentially… while the winds may seem tame, the conditions are favourable for a microburst or macroburst to occur at any moment. Stronger microbursts and macrobursts can exceed 125km/h winds (destructive criteria) and can even mimic the damage caused by tornadoes.

There are different forms of microburst’s and macroburst’s bursts also. You can have dry ones, which are far more common through inland parts of Australia and wet ones, which are far more common closer to the Coast and where high levels of tropical moisture are present. Dry ones typically resemble pure wind while a burst of very intense, frequent lightning may also occur near the its taken place. Wet ones of course have the wind, but are also accompanied by very heavy, potentially torrential, bursts of rainfall which will likely cause localised flash flooding. With wet micro/macro bursts, the visual appearance can resemble a rain bomb dropping out of the sky. 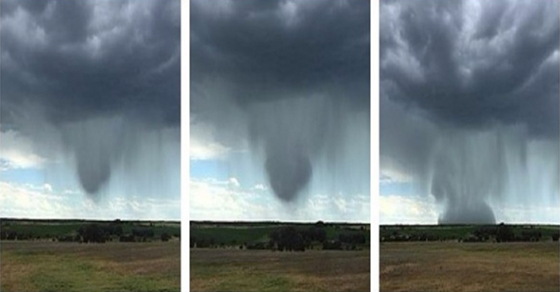 Credit: Peter Thompson who sent these photos into Higgins Storm Chasing in January 2015 of a wet microburst occurring 80km North-East of Roma

What are their threats and characteristics?
Microbursts: