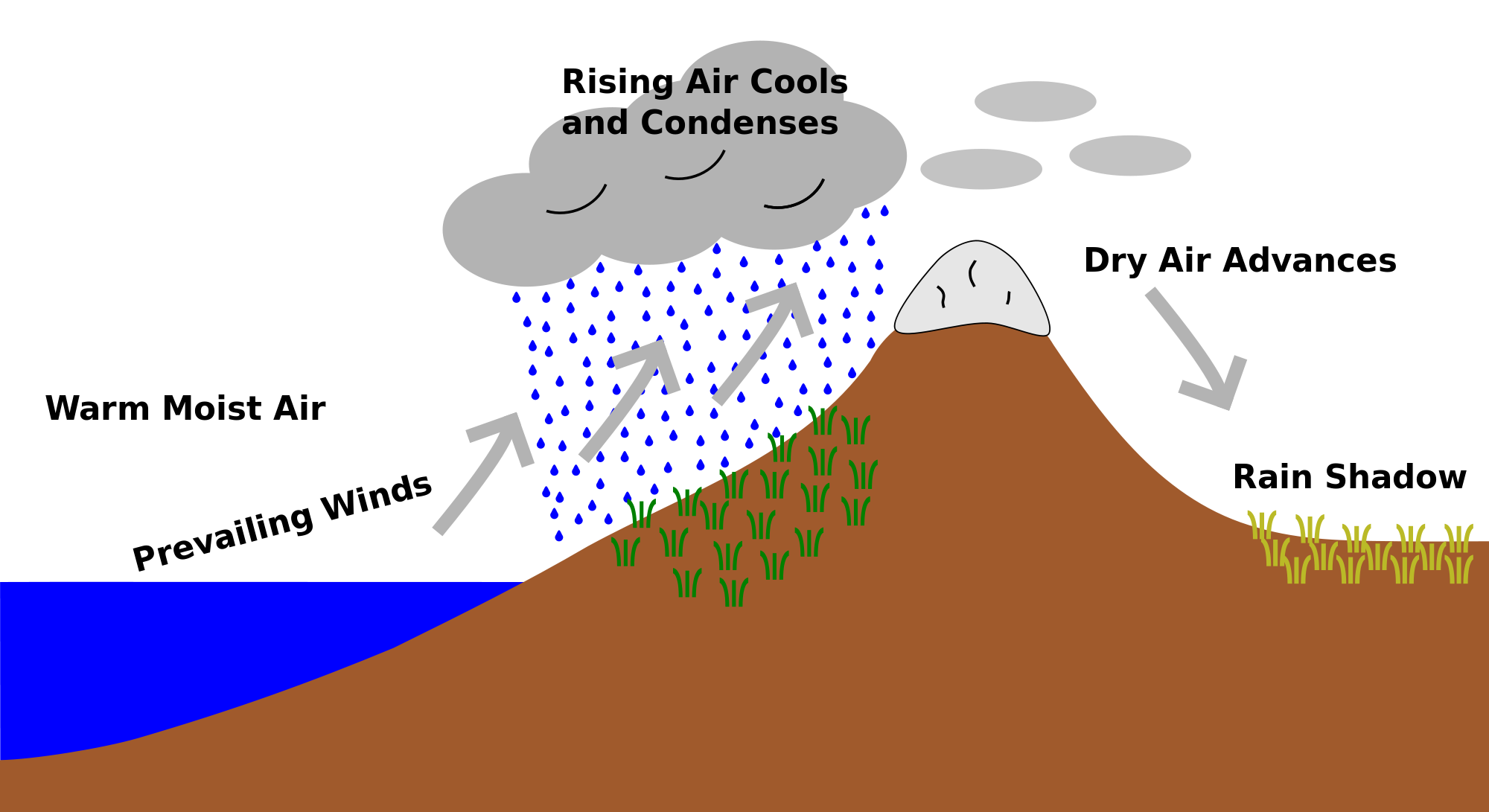 Posted at 17:54h in Weather Education by Thomas 0 Comments
0 Likes

Rain shadows are related to and caused by orographic lifting. The process causes the opposite effects of rainfall by orographic lifting, on the opposite side of the mountain rain and as a result, rain shadows are renowned for producing some of the driest climates on planet Earth. Luckily, Australia doesn’t experience harsh rain shadow and this is largely due to the way our Country is shaped, however we do still experience them and in more ways than one. 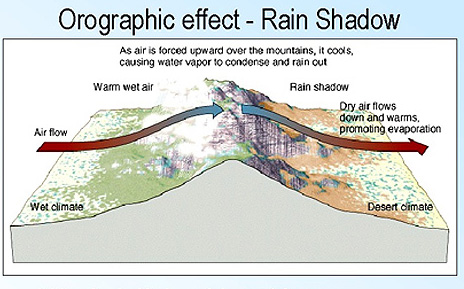 Illustration of how a rain shadow works

Rain shadows are renowned globally for producing some of the driest areas on the planet, and while the list is far too long to describe every single one of them.. there are some highlights from the list which are remarkable.

So whats the other way we experience them in Australia?
Rain shadows can also be evident through the snow version of them also. While not many areas receive snowfall in Australia, there are some that miss out due to Rain Shadows (or I guess snow shadows in this case). Snowfall occurs down to low levels in Southern Tasmania every year, however due to the way the systems move through, its common for Hobart and more importantly the Highlands of Hobart to miss out. These areas are usually much higher than the forecast snow levels, however Mt Wellington casts a shadow over the region. The same occurs in Canberra where the odd system may produce snow below Canberra’s elevation but the Brindabella Ranges to the West and Snowy Mountains to the South-West cast a shadow over the majority of the ACT and inevitably Canberra.

Why this occurs is the same process where dry air becomes trapped over the leeward side of the Ranges, so while the temperatures are perfectly adequate for snow to occur not only in those areas, but much lower.. the moisture level is shocking and precipitation struggles let alone snowfall. 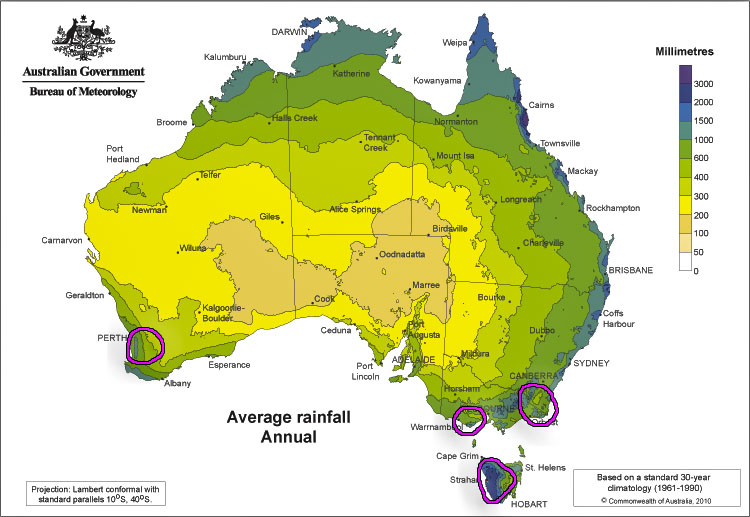 Areas in Australia impacted by Rain Shadows via BOM