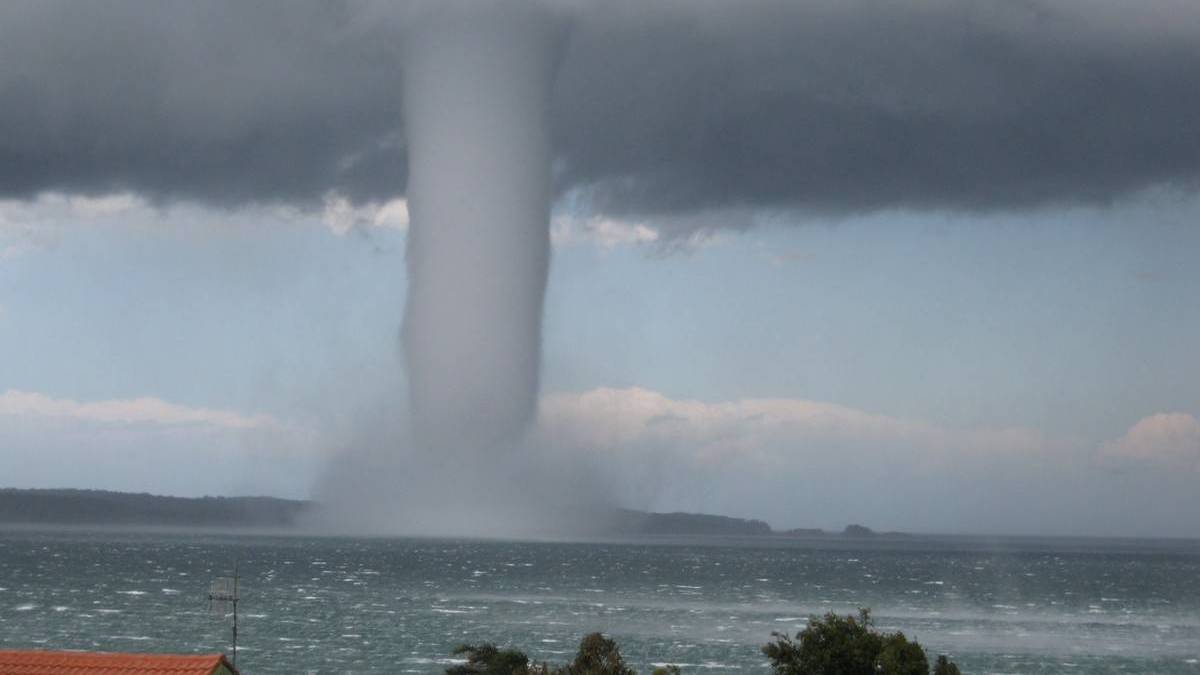 Posted at 12:48h in Weather Education by Thomas 0 Comments
1 Like

Waterspouts are considered to be part of the microscale of the weather world as the environment in general that they develop in can be extremely small (less than 2km) compared to thunderstorm and supercells which are much larger and cyclones which are even larger. They can develop under any circumstances as long as the environment is supportive of their development, so this means they can form from cumulus clouds, cumulonimbus thunderstorm clouds or supercell thunderstorms. The majority of waterspouts are weak by nature and produce damage that may not even rate on the Enhanced Fujita Scale (below EF-0). Some however can become tornadic and extremely dangerous. They typically develop in heavily saturated environments where low level shear is producing enough rotation for the vortex to develop. Its not considered uncommon for several waterspouts to occur simultaneously, unlike tornadoes. Lake Michigan currently holds the visual record of 9 occurring at once in a single photo, however more may have occurred at other times but not seen. 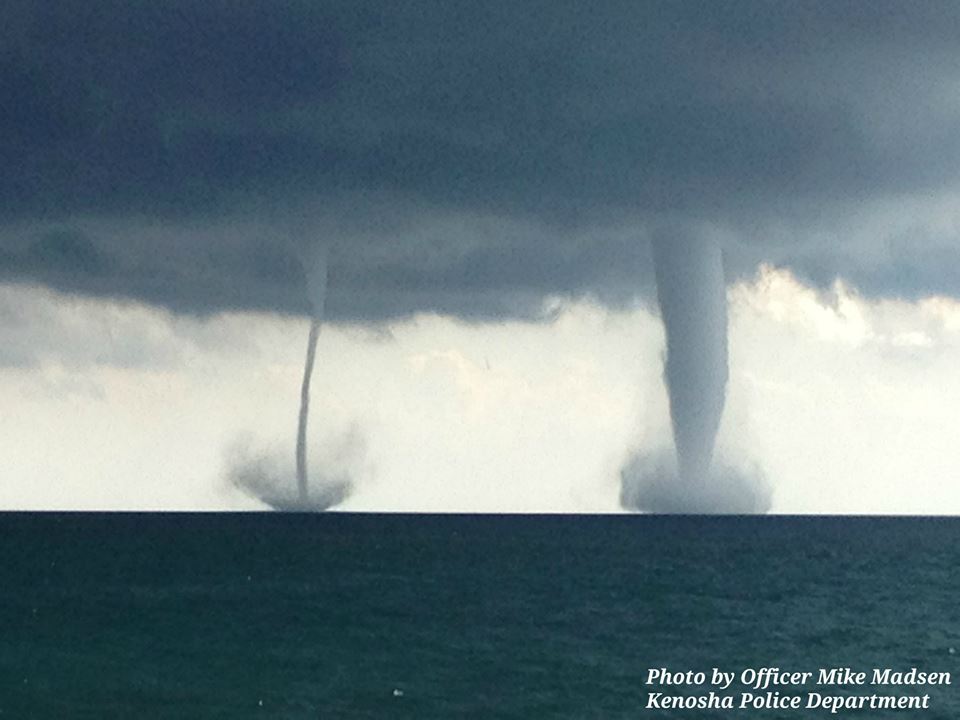 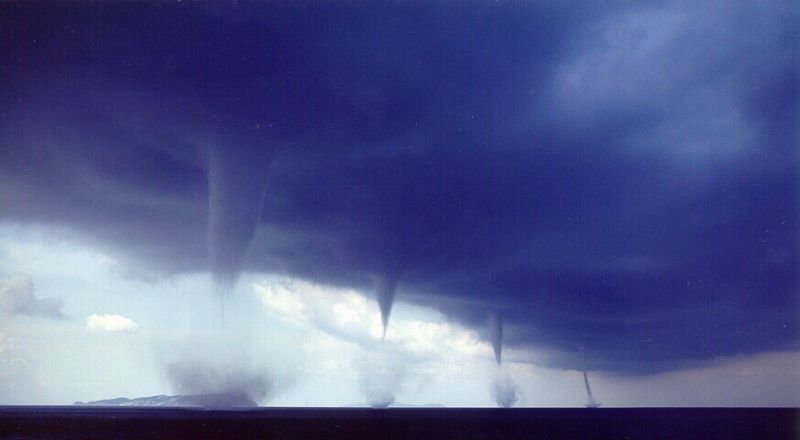 Quadruple waterspouts captured over the Adriatic Sea off Albania. Image via Robert Giudici in August 1999

Waterspouts have a distinct life cycle pattern which is unique to them and is constant for their existence. Firstly a prominent light coloured area appears on the surface of the water and this becomes surrounded by a much darker region. These coloured regions then begin to develop spirals on top of the surface of the water. Sea spray caused by the spirals and invisible tube then develop what can be loosely described as an eye. Eventually a funnel cloud will appear at the base of the cloud from which its originating and this funnel may connect with the activity occurring at the surface or it may remain “disconnected”. The final stage is when the vortex then weakens and begins to dissipate, normally the funnel will weaken first and then the spiral banding (basically in reverse order of how it developed). 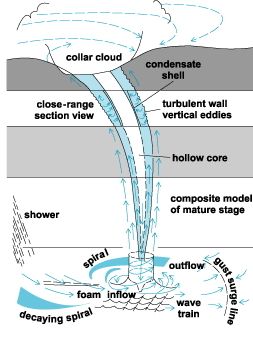 Illustration of a waterspout lifecycle and structures

Waterspouts, as part of the tornado family, are the only “species” of the family that can be labelled as tornadic or non-tornadic. Dust devils are non-tornadic, tornadoes are obviously tornadic and landspouts are non-tornadic… if they were tornadic then they would be straight out tornadoes. Both types form under different circumstances. 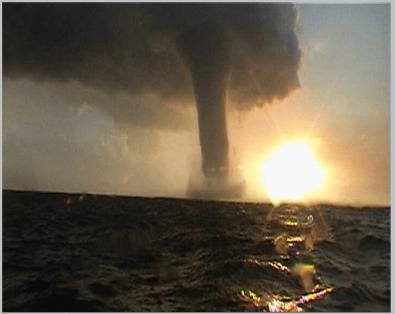 Waterspout spawned from a supercell (tornadic waterspout) observed off Sydney (during the Sydney to Hobart yacht race) in December 2001. Image via S. Golden

A common question is what can these things do to marine life. There have been many accounts across the globe where people have accurately recalled raining fish. The good thing for marine life is a waterspout will have to directly move over the top of it for any consequences to occur, the bad thing is though marine life often gets sucked up. Fish can become elevated in the clouds (not just in the vortex) and its not until the fish become too heavy for the updraft (kind of like hail) that they fall back down to Earth.. sometimes over landmass rather than water.