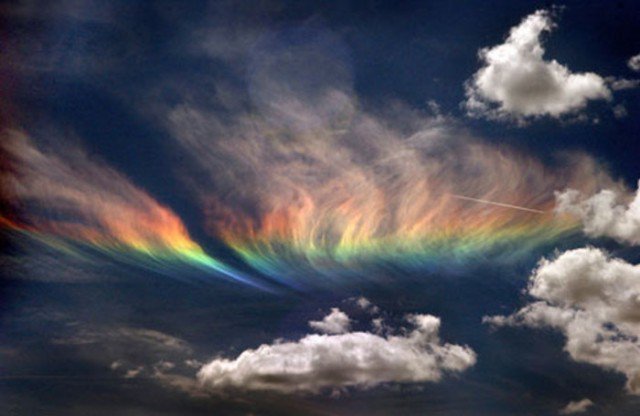 Posted at 15:36h in Weather Education by Thomas 0 Comments
1 Like

Cloud iridescence is something extremely fascinating which always causes people to grab their phone or camera and either film or photograph. Cloud iridescence is the name given to the visual appearance of rainbow colour clouds, similar to those colours seen in oil contaminated puddles. The rainbows don’t mimic actual rainbows, but more a smudge of rainbow colours spread through a part of the cloud or the entire cloud. They are usually quite easy to see, unless they occur too close to the direct sunlight which is when they can be somewhat glared out.

Cloud iridescence occurs due to parts of the clouds containing very small water droplets or ice crystals. These water droplets or ice crystals when in large accumulations can be seen as rainbows once the sun reflects through them (kind of like how a rainbow develops in the hose as you water the garden). The process of this occurring also requires the clouds to be extremely thin, so that the light rays only encounter a single droplet and they don’t refract off of each other and this means that most iridescence is seen either in fall streak clouds or on the edges of clouds.

Another form of cloud iridescence which forms under slightly different circumstances is a corona, or a 22 degree halo which can occur around both the sun and moon when the conditions are right. While they aren’t identical, they are similar. 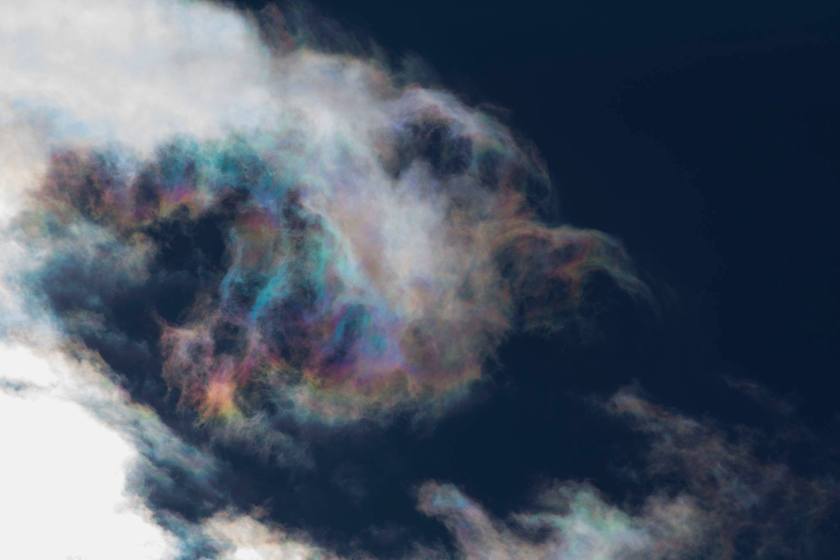