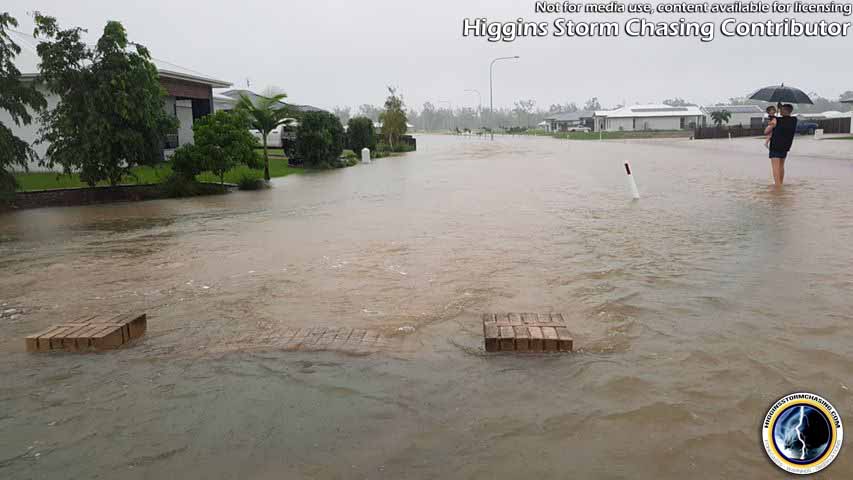 Posted at 10:18h in Weather News by Thomas 0 Comments
0 Likes

Over the past 24 hours we’ve seen more areas hit the 300mm mark across the Greater Townsville region, leading to 6 day accumulative totals well and truly starting to become widespread in excess of 750mm and scattered over 900mm! The promising thing from the entire event now is that widespread good falls are starting to accumulate across Northern Inland and North West QLD following some station records over the past few days. Above image showing the severe flash flooding at Mt Margaret which prompted an emergency alert Saturday morning. Image via Josh Dodd 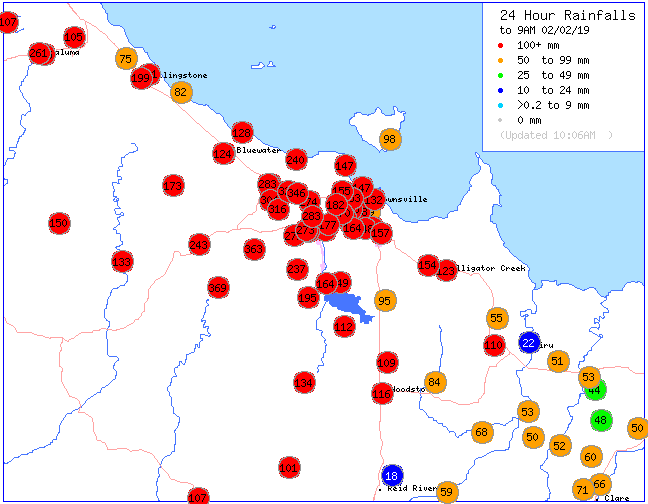 Greater Townsville Rainfall via BOM in the 24hrs to 9am Saturday 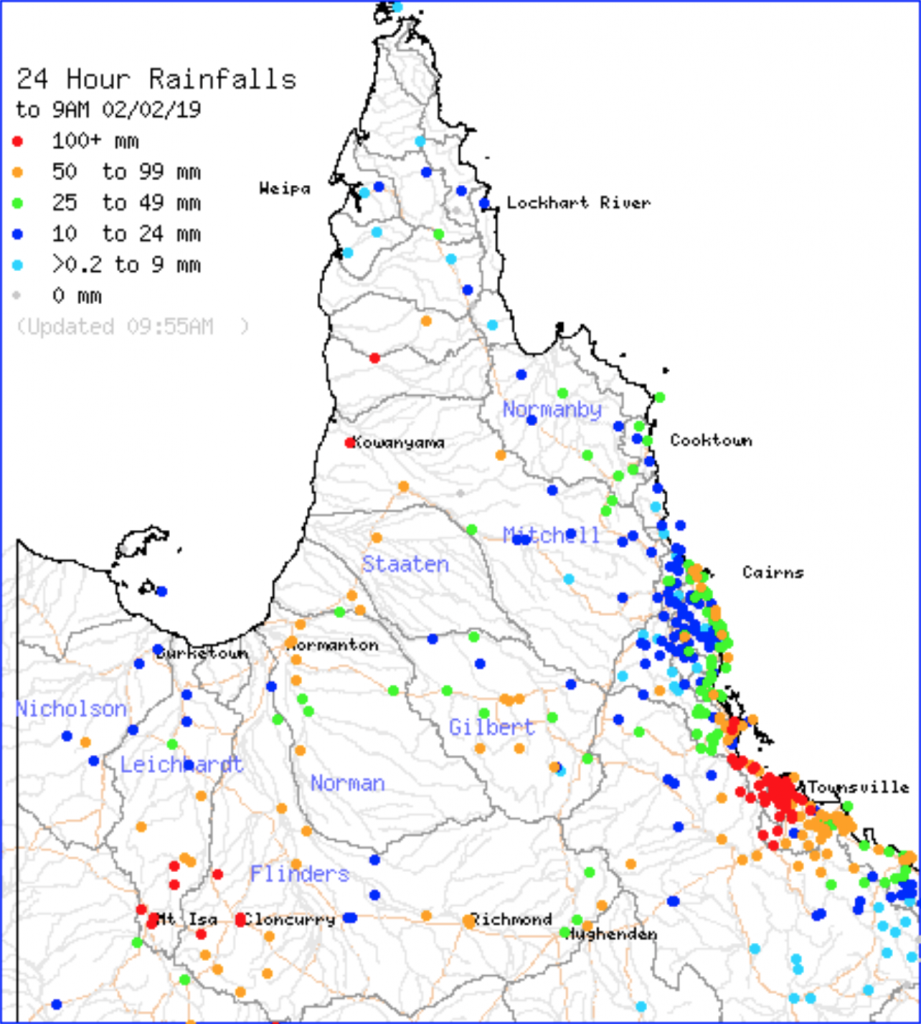