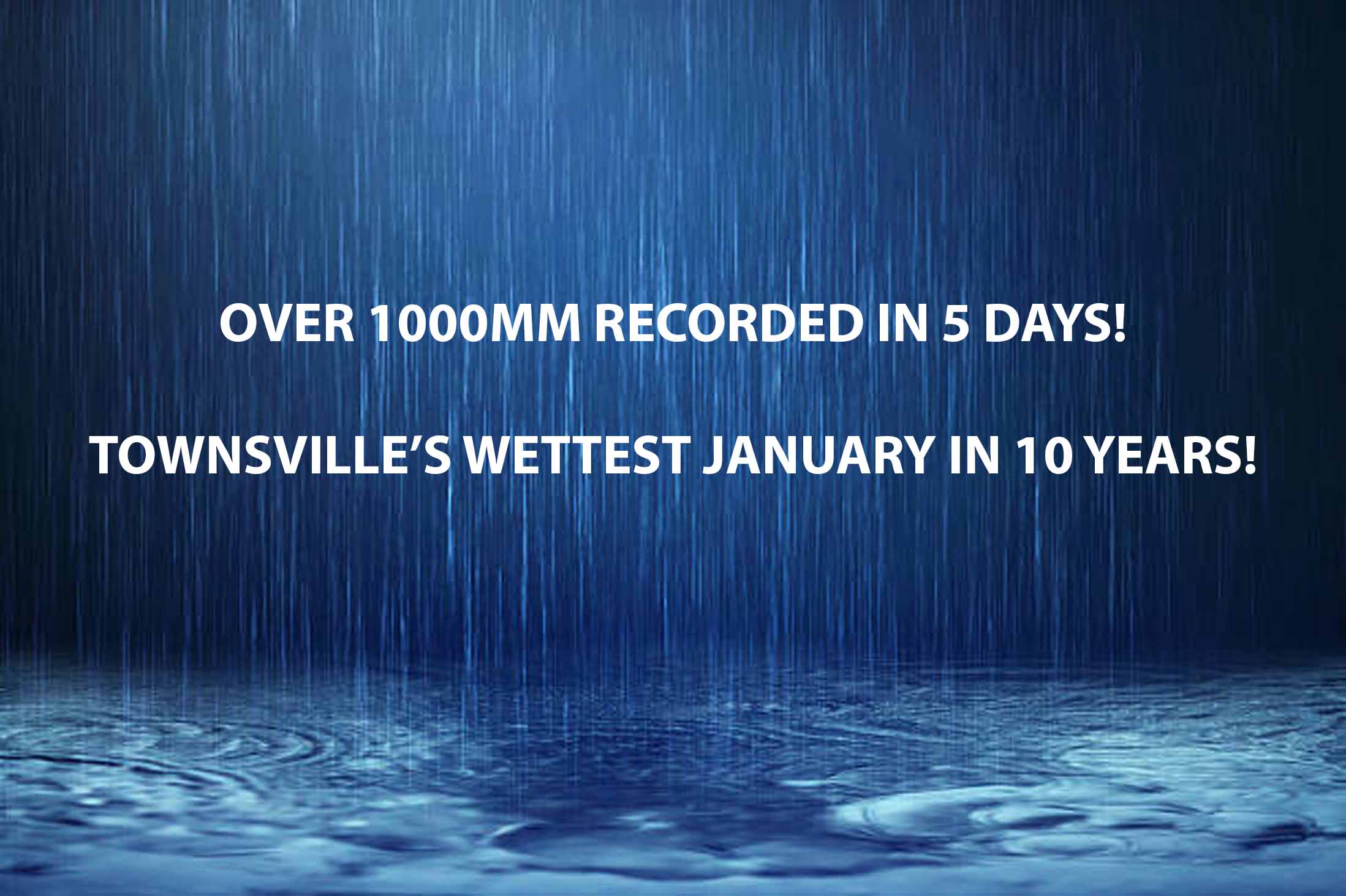 Posted at 10:26h in Weather News by Thomas 0 Comments
0 Likes

Another day of excessive rainfall has occurred over the North QLD region between Cardwell and Bowen as well as North of Mackay over Central QLD as the monsoon trough lingers in the region. This has now lead to multiple locations pushing or exceeding the 1000mm mark over the past 5 days, with forecasts suggesting another 1000mm+ is possible for some isolated to scattered locations over the next week. 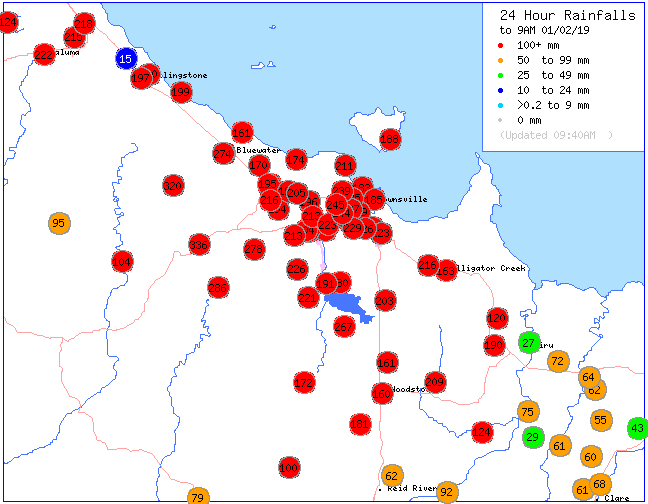 Greater Townsville Rainfall via BOM in the 24hrs to 9am Friday

This has lead to some exceptional 5 day totals now across the Greater Townsville / North QLD area as well as areas between Mackay and Proserpine where multiple locations have recorded over 1m of rain! 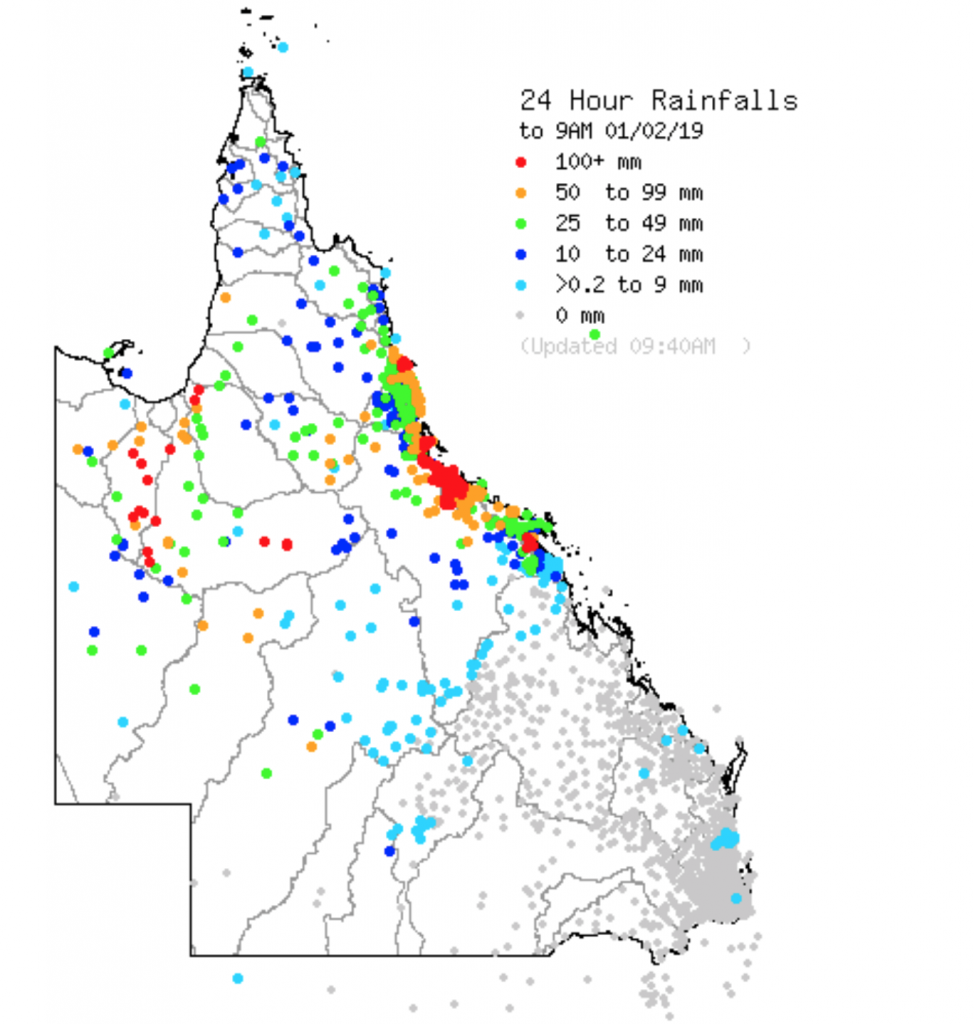 Queensland Rainfall via BOM in the 24hrs to 9am Friday

Additional Notes:
•Upper Black River and Upper Bluewater have both now recorded back to back 300mm days
• Woolshed has now recorded back to back 286mm days
• The 216mm in Townsville City is the highest 24hr total for the gauge in 10 years (February 2009)
• Woolshed has now recored back to back to back 200mm days, and subsequently broken its January record for rainfall
• The 445mm for January in Townsville (yesterdays 216mm doesn’t count to the January total, it counts towards February) was the wettest January in 10 years for Townsville
• Upper Bluewater, Paluma, Forbes Road have all recorded 5 straight days of 100mm+, Sandy Plateau has recorded 4 straight days of 175mm+ 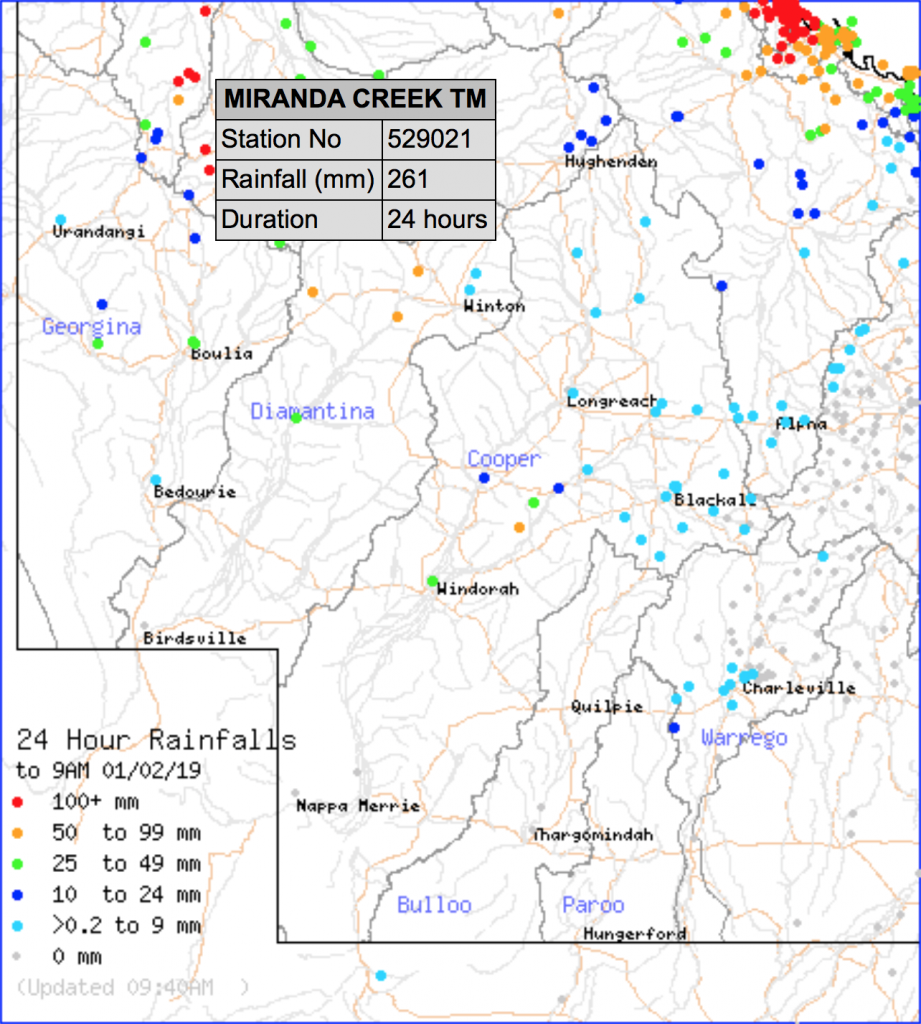