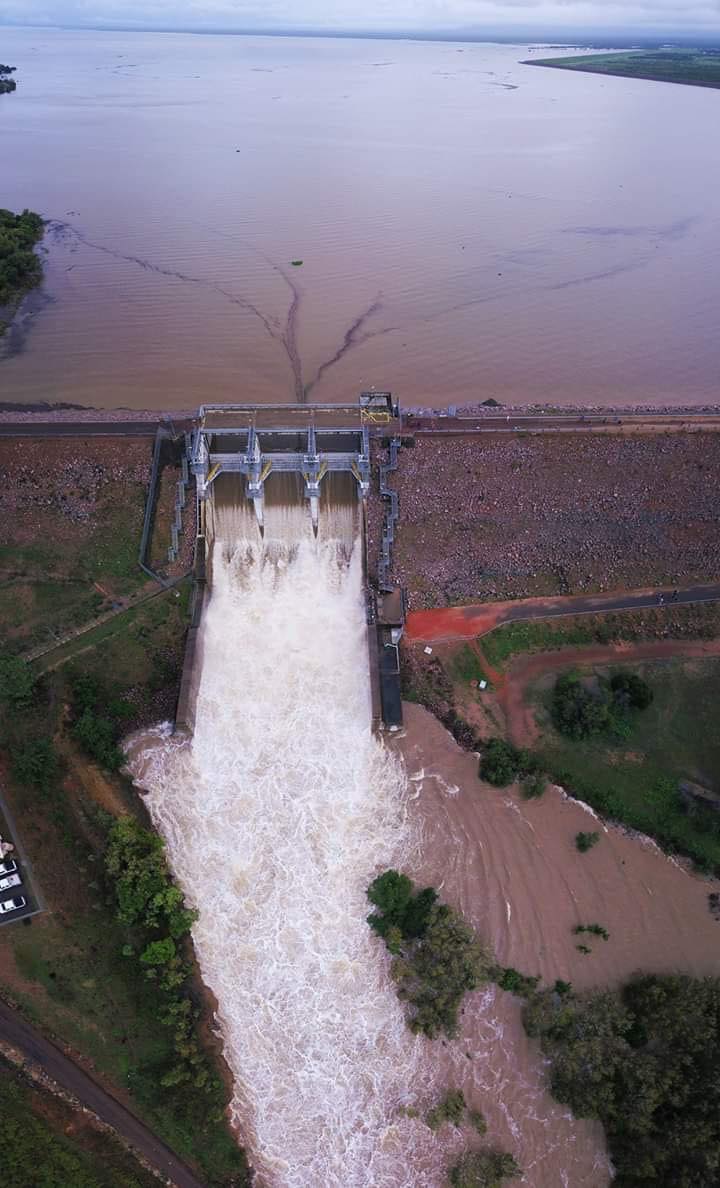 Posted at 10:45h in Weather News by Thomas 0 Comments
0 Likes

The Ross River Dam as of Friday, February 1st 2019, has officially broken its record height. Overnight, the dam was sitting just below record levels, but after another burst of excessive rainfall over a few hours this morning directly over the catchment area – dam levels quickly rose again to the tune of 24cm (just under 1 foot) in less than 2 hours – thats while water is being released. Above image showing Ross River Dam on January 31st by Brooks Steff.

This excessive rainfall pushed the overall total up to 40.97m, and since then the dam has now risen further to 41.11m as of 10:27am this morning. This has smashed the previous record of 40.73m set back in March of 2012. This extra meterage so to speak has also activated “Stand Up 2” in the Ross River Dam Emergency Action Plan conducted by Sunwater. What “Stand Up 2” represents is accelerated gate opening – essentially the gates have now been opened further. What this will end up doing is easing pressure which is now being put on the dam from the excessive amount of water that is flowing into it from various sources as well as rainfall directly over the catchment. The critical mark that is idealistically avoided is 43.6m. Gates become fully  (100%) open at 42.5m, however 43.6m is the critical level that is trying to be avoided – the need to avoid that level may lead to further downstream flooding over the next several days – please be understanding of that situation. 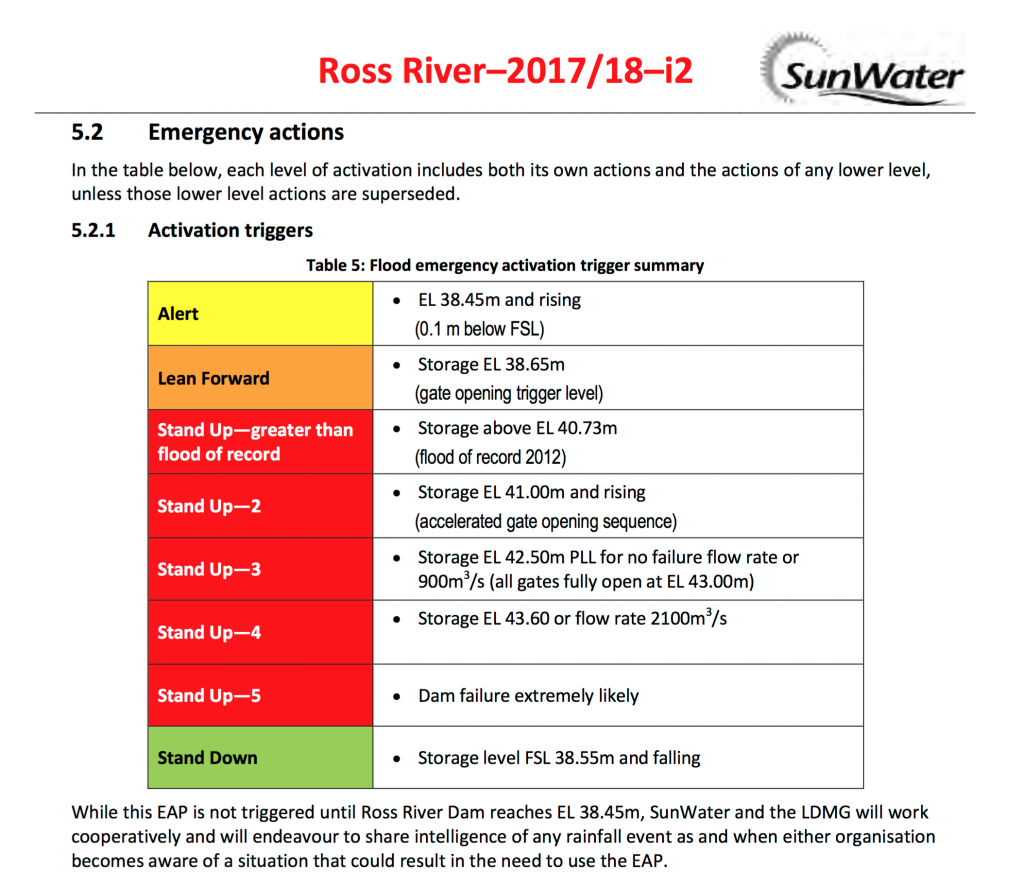 Emergency Plan Stages via Sunwater for the Ross River Dam

In the short term, this is likely to accelerate the flooding downstream, as the water being released is required to be released so that the longer term effects aren’t as drastic. Places like Aplin Weir as a result of this surged to 2.01m this morning but have since dropped back down to 1.81m. This broke the Aplin Weir record of 1.77m!  We are also now seeing increased major flooding over the Bohle River where flood levels have hit 7.45m and still rising at a 45º angle. This will likely make the level exceed the February 2007 mark of 7.55m today (potentially in the next few hours), however there is still a bit to go before the January 1998 level is nudged (8.23m).